Great diving on the JEL yesterday with Discovery D

It's been a busy few months getting our new #divin

Happy Birthday to George - our current training of

Last week, the #putneybsac committee had our lates

Every month, #putneybsac does a bring and share ev

Happy Birthday to Michal! Michal has been a #putne

At the start of July, #putneybsac members took ove 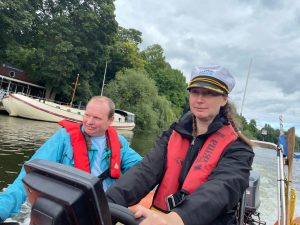