So great to be back training new members at the po

Massive congratulations to @markljg on becoming a

This week is National Volunteering Week so #putney

The sun came out and that means #putneybsac were a

Happy Birthday to our fabulous chairman Cameron! I

50ty Birthday Cake. With big thanks to @saraheturp

Putney BSAC turns 50 today! Even though a big part

Despite the weather ruining the AD training, three

An epic dive trip is only achieved when you have a

The pools have reopened and we are making the most

Another sunny day was enjoyed at @standrewslakes b

Happy Birthday to not one but two #putneybsac inst

It wouldn’t be St George’s Day without an inst

On Earth day we remember the harm litter is doing 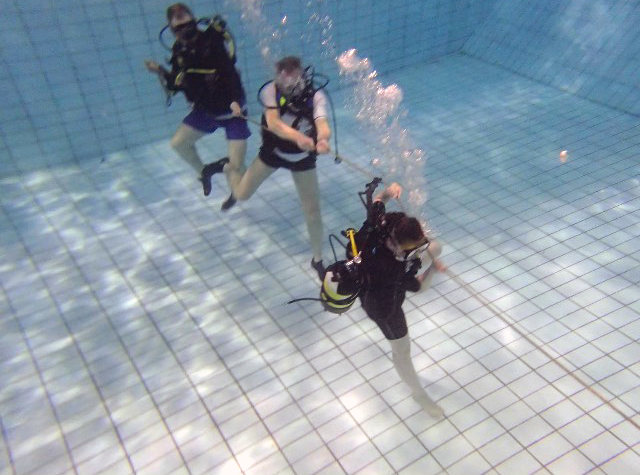 In mid March we held our annual pool games. Originally set for a huge turnout, the early stages of the coronavirus pandemic meant we unfortunately had lower numbers on the night. We chose to still go ahead which was the best decision considering we had a great night and went into lock-down two weeks later.
There was a mix of previous champions, old timers and pool game newbies, all equally competitive for the non existent trophy. The evening saw the return of the underwater relay race and plank challenge, alongside a new addition- tug of war. A huge amount of fun even if it was a little one sided and we all ended up on top of each other. Our last game was the notorious balloon challenge – where teams have to get as many balloons in a crate on the bottom as possible. As always the rule book went out the window and there was plenty of sabotage, masks being pulled off and drama under water. Luckily we weren’t too black and blue at the end of the night and went to celebrate at a local pub.
A great night which we hope to repeat once normality resumes.