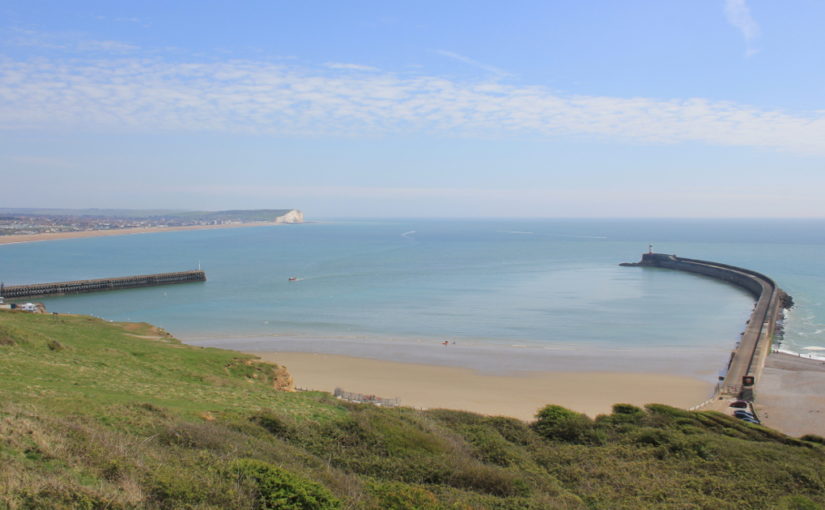 They say the early bird catches the worm, but I’m not sure the same can be said for the early diver getting the good conditions. Not for us anyway. Starting at the crack of dawn (my first sunrise of 2017 I think), 4 brave divers and a kind cox made their way to Newhaven for the first UK ocean dive of the year.

I say brave because it was still March, and the water was not going to be warm. The wind was still blowing quite strong, but given we were in the lee of Beachy Head meant we had some shelter. Other than that the weather was absolutely gorgeous with clear blue skies.

The first dive site was meant to be the wreck of the Inverclyde, but poor quality GPS and only a small wreck to try and find with the fish finder meant the first wave went down on little more than a pile of sand unfortunately.

In the afternoon we tracked down the Seaford ledges which were much easier to find, and although the vis could still be described as ‘almost nil’ we had a pleasant 30 minute scout for what life we could find. Plenty of crabs in a variety of guises, and a lobster perfectly positioned for picking if only it hadn’t been a little ‘un.

All in all a good day though, with a chance to refresh and dust off the kit, as well as giving some practice to a few new boat handlers.